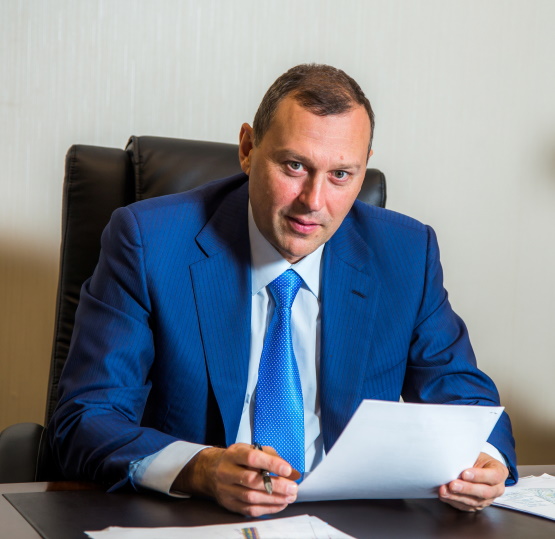 Born in 1967 in Leningrad.
He graduated from secondary school No. 239 with specialization in mathematics. In 1990, he graduated with honors from the Leningrad Mechanical Institute named after D.F. Ustinov “VOENMEH” with a specialty – an engineer of automatic control systems for aircrafts. During his studies, he received Lenin and Ustinov scholarships and had scientific publications. In 1990, he entered the postgraduate school of LMI and at the same time he started doing business.

From 1994 until now, Andrey Berezin has been Chairman of the Board of the Euroinvest Investment Company, established jointly with Yuri Vasiliev.

In 2017, for his great contribution to the development of the Russian industry and for many years of honest work, Andrey Berezin was awarded a Certificate of Honor from the Ministry of Industry and Trade of the Russian Federation.